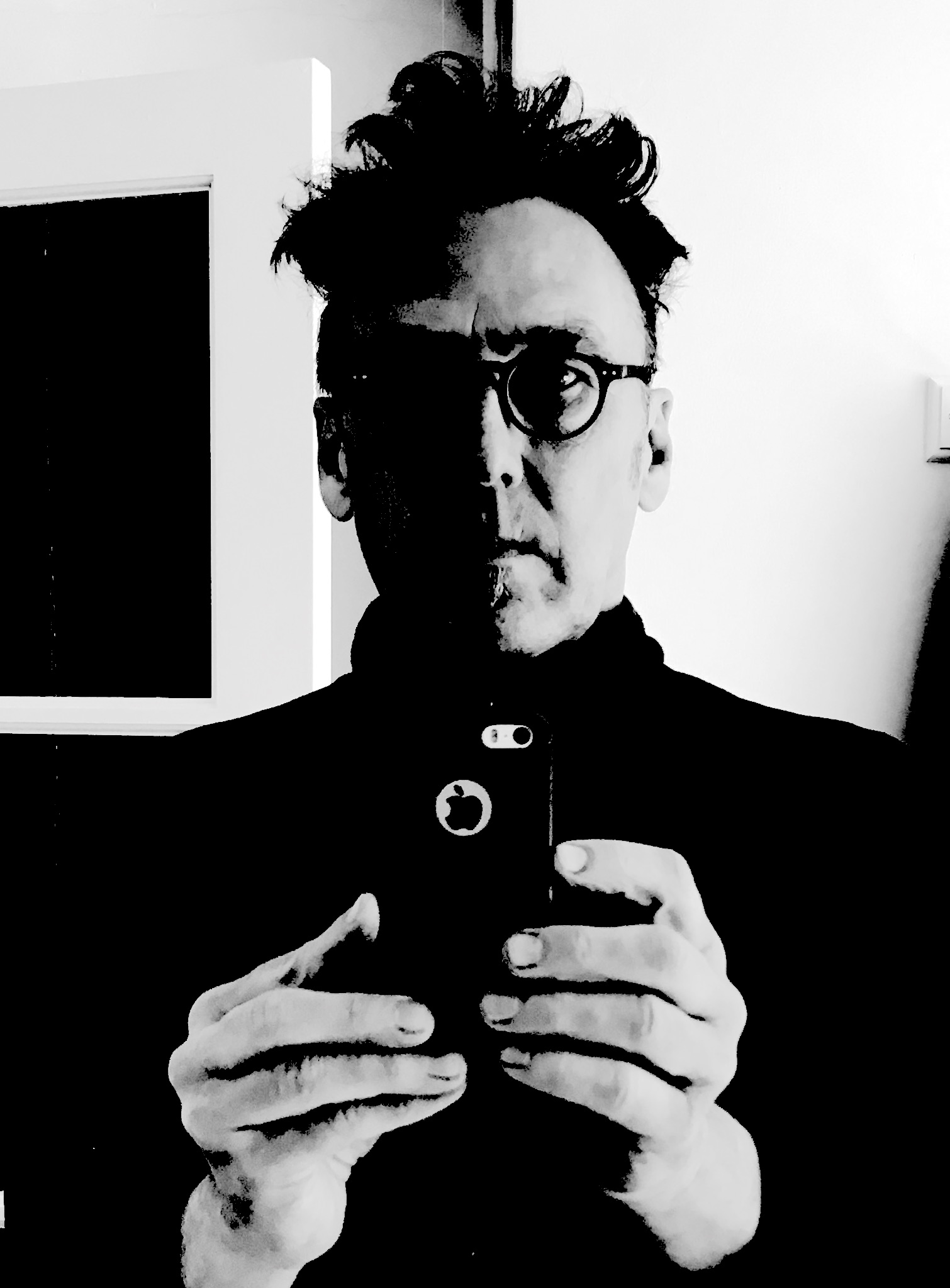 Andy Bullock was born in east London 1962. He lives and works in Oxford.

He originally studied graphic design at art college in Cornwall, leaving in 1983 to pursue a career as an art director in Soho, London where he worked for some of the world’s most creative agencies, including Saatchi and Saatchi, until the mid 1990s when he sidestepped into an ultimately more natural and fulfilling role as an artist in his own right.

His work was originally photographic and film-based but he soon started to embrace and develop work in all media. A particularly fertile and productive period followed when his studio was located in Hoxton Square in the heart of the capital’s emerging east-end art scene. It was from this base that he began making work and exhibiting in various solo shows in and around the area at commercial art venues.

He has been exhibiting his work for around 20 years – below are some key dates, works and shows. He has just completed a two year MFA (Master’s in fine art) in Oxford.

2022 / July 2022 – solo exhibition at Fusion Arts, Gloucester Green, Oxford of ‘All We Ever Wanted Was Everything / 24.02.22 (for Ukraine)’ an interactive sculpture/installation and public engagement work to raise awareness and funds for the Ukrainian refugee community.

2022 / spring – solo show of ‘The topological consequence of being // and the space between us’ at The Mathematical Institute, University of Oxford.

2021 / signed up to exclusive representation by Lucy Middleton a London/Mayfair art dealer and agent.

2021 / Invited to submit a proposal for a large-scale public art sculpture/installation for Belfast Harbour to coincide with the United Kindom’s hosting of the United Nations COP26 climate change conference.

2020 / New gallery representation outside London at Darl-e and the Bear, Woodstock, Oxford.

2018 / Collaborated with Agnieszka Studzinska producing a ‘poetry film’ for her poem ‘Foundations’.

2017 / Created, designed and launched the the art website www.anthropocenium.com with poet and writer Agnieszka Studzinska. This forms part of an ongoing art collaboration between Bullock and the Polish-born London poet Studzinska.

2015 / Returned to Oxford, UK to base his art practice in the city and embark upon a new approach to making work in a more diverse and inclusive way, now embracing all media with a more in-depth fine art research technique and working process.

2008 – 2015 / Relocated to France to set up a music recording studio – wrote, recorded and produced an anti-war album ‘Collateral Damage’ under the name Deadfisch with Parisian drummer Piwee Desfray.

2004 – 2007 / Exhibited a succession of solo shows at commercial art spaces in east London including:

‘I will always love you’

‘Inside the mind of an infinite monkey’

‘Inretrophoto’ – a purely photographic retrospective of his early reportage work.

2006 / As part of the National Youth Theatre production he was commissioned to produce a short film featuring the performers. The film, ‘Contextually Yours’ was written and directed by Bullock and shown in screenings at the Hoxton Lux cinema.

2006 / Collaboration with The National Youth Theatre on their ‘Shakespeare in the Square’ production. Designed the outdoor stage in Hoxton Square and all the visual design for the production including poster art etc and was featured on London BBC news.

2005 / His sculpture ‘God Bless America’ was exhibited at various ‘Peace Not War’ events in London as part of the campaign against the 2003 invasion of Iraq. This work was also close to being exhibited at the London premiere of the movie ‘South Park – Team America’ but pulled at last minute being considered too controversial by the film’s backers.

2004 / Exhibited in a group show as part of the Liverpool Art Biennial at the Lady Lever public gallery. One of his early ‘word pictures, ‘I will always love you’, was featured in the substantial book of the show published by National Museums Liverpool.

2001 / Shortlisted for the Kobal Portrait Award at the National Portrait Gallery for his photograph ‘Emma’, and exhibited at the gallery show.

1999 / Commissioned to produce a large (10ft x 8ft) artwork of a little-known 14th century Christ image for St Paul’s Cathedral’s millennium exhibiton. ‘Millennium Man’ is a photomontage of hundreds of portraits of visitors Bullock shot in an onsite studio at the cathedral over a one week period.